Paris 1750. In the midst of winter, as birds fall frozen from the sky, Madeleine, a new maid, arrives at the home of a celebrated clockmaker and his clever, unworldly daughter. But rumours are stirring that the clockmaker’s uncanny mechanical creations – bejewelled birds, silver spiders – are more than mere automata. That they might defy the laws of nature, perhaps even at the expense of the living.

Madeleine is hiding a dark past, and a dangerous purpose: to discover the truth of the clockmaker’s experiments and record his every move, in exchange for her own chance of freedom.

Meanwhile, in the streets, children are quietly disappearing. Madeleine comes to fear that she has stumbled upon a greater conspiracy. One which might reach to the heart of Versailles itself.

An intoxicating and darkly immersive story of obsession, illusion and the price of freedom. 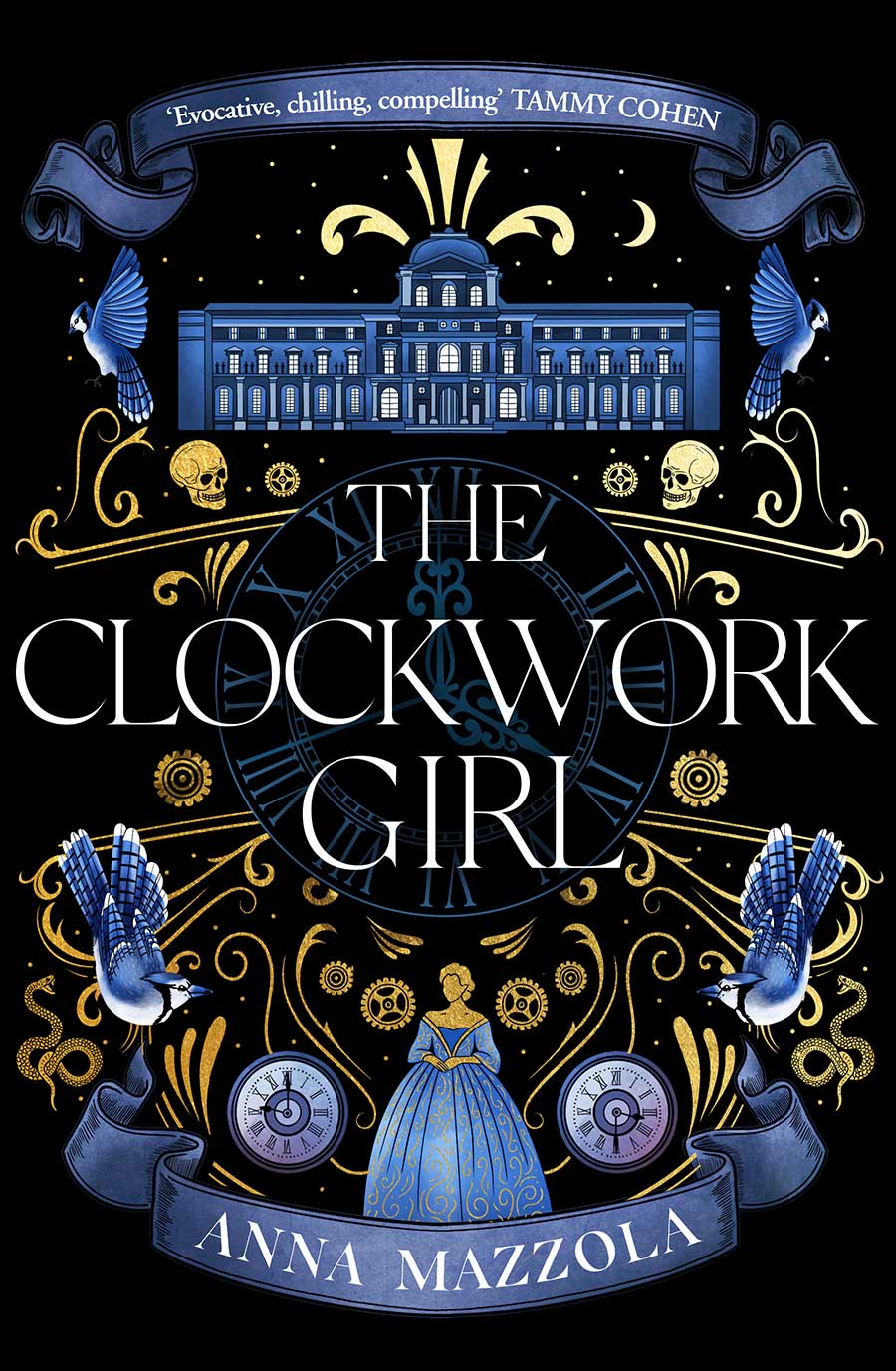 The Clockwork Girl was inspired partly by my fascination with automata and the uncanny, and partly by the true story of the vanishing children of Paris, which I chanced upon when researching 18th century France.

When children began to go missing from the streets in 1749, various theories sprung up as to who or what might be taking them. A lawyer named Barbier wrote in his diary: ‘For a week now people have been saying that police constables in disguise are roaming around various quarters of Paris, abducting children, boys and girls from five or six years old to ten or more, and loading them into the carriages which they have ready waiting nearby.’ Some said the children were being sent off to the colonies or to the wars. Some believed the police were using them to extract ransom money. Others thought something far darker was at work.

The Setting & the Characters

The Clockwork Girl plunges the reader into the glitter and squalor of pre-Revolutionary Paris, where many lived in desperate poverty, while the nobles and royals possessed extraordinary wealth.
We move between the all-too human reek of a brothel, the polished strangeness of Dr Reinhart’s workshop, the shabby grandeur of the old Louvre palace, and the scandalous opulence of Louis XV’s Versailles.

Three extraordinary women are fighting to escape their fates: Madeleine, a scarred prostitute turned police spy; Veronique, the clever, closeted daughter of the master clockmaker; and Madame de Pompadour, the beautiful, talented and much resented mistress of the unpredictable King of France. Dr Reinhart is based partly on the genius Swiss automaton-maker Jacques de Vaucanson, who trained as both anatomist and clockmaker. His astonishing creations included The Flute Player (a life-size clockwork figure that played a repertoire of twelve songs) and, most famously, his golden Digesting Duck, which could flap its wings, drink water, and seemingly digest grain and defecate. His magical inventions were admired all over Europe, including by the King of France. Both Voltaire and la Mettrie labelled Vaucanson the world’s ‘new Prometheus.’

Automata also inspired fear and revulsion, however, for they raised questions about what it meant to be human. This was the era in which La Mettrie argued that man himself was a ‘self-winding machine, a living rep of perpetual motion.’ Some believed the machines were the work of the devil. When Pierre Jacquet-Droz exhibited his writing automaton in Spain, he was accused of heresy; both the man and machine were imprisoned for a time by the Spanish inquisition. Join my Readers' Club to receive a FREE short story, plus news of giveaways, book recommendations, writing tips and more.